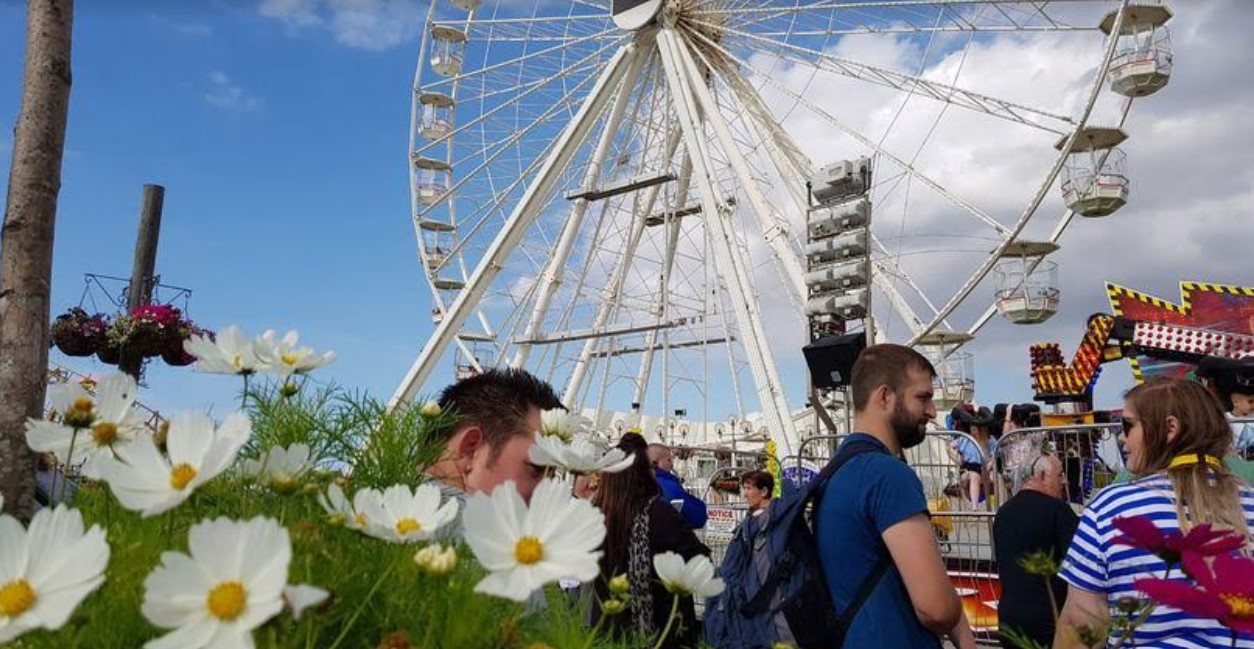 Stand Up For Southport! Our town has so much to shout about

Do you love Southport?
Then you’re in great company.
Thousands of people have already joined our Stand Up For Southport campaign, and we would love to see more come on board too.
This grassroots community campaign was set up a few weeks ago by myself and Phil Gee, both proud Southport residents who wanted to create a positive voice for our town. We have set up a Stand Up For Southport Facebook group and launched a #StandUpForSouthport tag which is already being widely used on Facebook, Twitter, Instagram and elsewhere.
These are really exciting times for Southport, after a tough few years.
We were not alone in being hit hard by the banking crash in 2008, while challenges facing many in the retail industry have seen us losing stores including HMV and Debenhams.
But Southport is a beautiful part of the world with a really unique offering that provides the chance for a really bright future.
That is being reflected in the huge £15million investment currently taking place at Bliss Hotel and The Waterfront area – get ready for more exciting news there this year –  while Norman Wallis is leading a huge expansion of Southport Pleasureland after signing a new long-term lease with Sefton Council. Andrew Mikhail, chairman of the Mikhail Hotel and Leisure Group, is investing heavily in the Bold Hotel, the Lord Street Hotel and Punch Tarmey’s, which is helping to create a vibrant atmosphere in Lord Street’s “Northern Quarter”.
The eye-catching £3.5million refurbishment of historic Southport Pier is due for completion this year; Southport Market is about to be transformed into a thriving food and drink hub; we can’t wait to see our new £1.4million Southport Lifeboat Station; Sainsbury’s is due to create 400 new jobs with a substantial new store at Meols Cop retail park; and heritage experts are preparing to spend £2.5million upgrading Lord Street and the town centre under the Southport Townscape Heritage Project.
Perhaps most exciting of all is the opportunity to apply for £25million under the government’s Town Deals fund, which – if we get it right – could be truly transformational. We are not saying that Southport is perfect. Every town has its issues, but it is better to identify what we can improve and work together to find out how we can do that, rather than sit back and criticise.
We need to focus on what’s opening, not what’s closing. We should enjoy what we’re gaining, over mourning what we’ve lost. We should support each other through Shop Local, backing our independent local businesses. We should celebrate what’s here – we have much to be proud of. The Victorians recognised the stunning assets that Southport had, and worked hard to maximise them.
We have several sensational landmarks including: Lord Street, Marine Lake, Southport Pier, Botanic Gardens, Southport Pleasureland, The Atkinson, King’s Gardens, Southport Beach, Ainsdale Beach, Southport Theatre and Floral Hall, Marshside Nature Reserve, Hesketh Park, and elegant villages such as Churchtown, Birkdale and Ainsdale.
Added to that we have a range of exceptional events including Southport Air Show, Southport Comedy Festival, Southport Flower Show and Southport Food and Drink Festival. It is no wonder Southport attracted more than 9 million visitors last year! It is a figure that we can look forward to increasing if we continue to invest in the right areas.
But to do that we have to begin talking up our town, and stop talking it down. We all need to become ambassadors for Southport, giving a positive message to visitors and possible investors, if we are to really thrive. We have an incredible heritage too which you can enjoy by strolling along Lord Street, or by looking back at icons such as Red Rum or Dan Dare.
Southport’s glorious past is celebrated magnificently in The Southport Of Yesterday Facebook group, as well as in the Sefton Borough of Culture Celebrations taking place throughout 2020. While there is much there to be proud of, it is important to look forwards, not backwards.
We can never re-create life as it was 50 years ago – but would we really want to? 2020 is promising to be a very exciting year for Southport, with lots of changes planned, lots of new things to see and do. Why not get involved – please join us and Stand Up For Southport.
#StandUpForSouthport