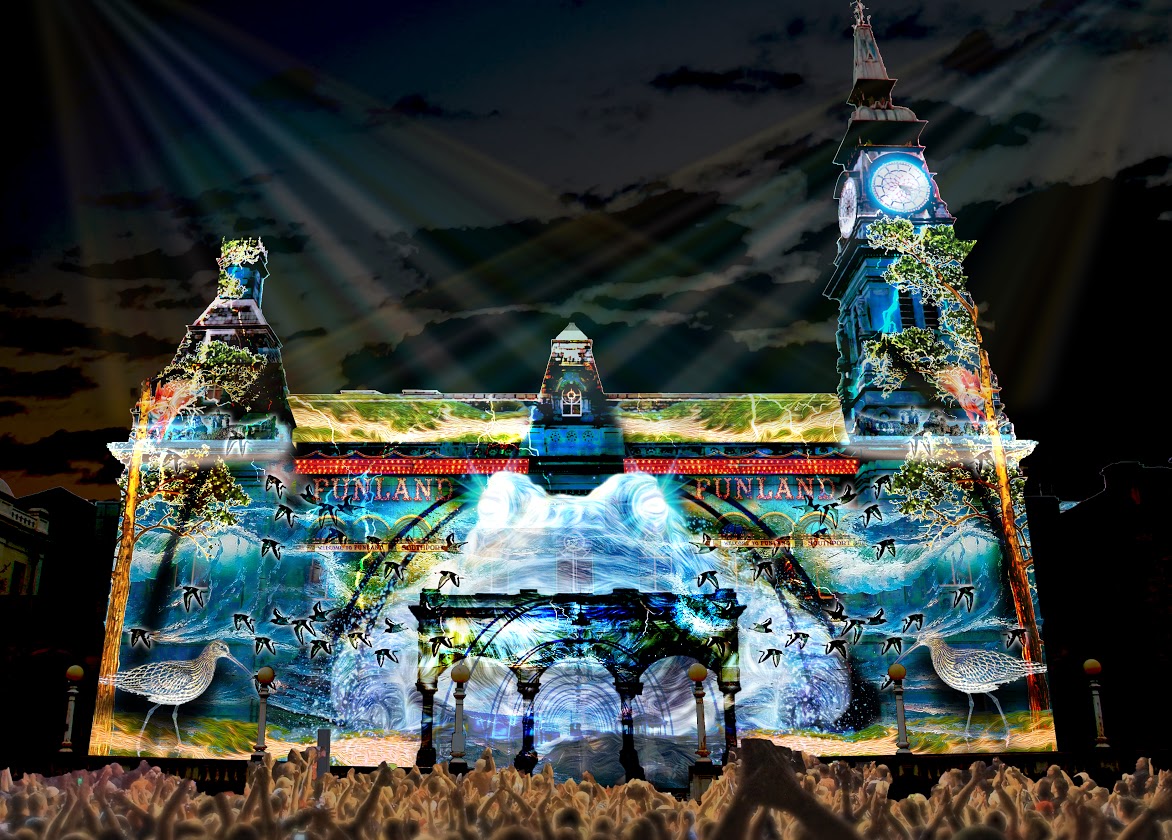 Get ready to see three of our area’s most historic buildings as you have never seen them before!

Spectacular illuminations alongside a three-part story exploring local heritage and nature will light up The Atkinson in Southport, Bootle Town Hall and Waterloo Town Hall over three nights in March.

Tens of thousands of people are expected to turn up and enjoy the huge free events, which are taking place as part of Sefton Borough Of Culture 2020.

Look out for some really exciting surprises in store over the coming months.

Stand Up For Southport! Our town has so much to shout about

Borough Of Culture aims to show just what can be achieved with ambitious cultural events bringing significant crowds into an area.

It comes at an exciting time for Southport, with millions of pounds being invested in expanding Southport Pleasureland, transforming The Waterfront area including Bliss Hotel, and regenerating Southport Theatre, Southport Pier, Southport Market and Southport Splash World.

Cllr Trish Hardy, Sefton Council’s main sponsor for the Borough of Culture year, said: “I really cannot wait for A Nightingale’s Song to light up these three iconic buildings.

“We are blessed with some spectacular civic buildings and these will be used to full effect to project a story over three days about Sefton’s amazing history.

“We want people to try and attend all three shows at the three different locations so they can witness the story in its entirety as part of our Borough of Culture year.

The Atkinson in Southport along with Waterloo and Bootle Town Halls will be the backdrop over three nights (March 13-15) as A Nightingale’s Song is projected onto them.

8 Reasons Southport is excited about 2020

A trilogy of large-scale video projections will be created on consecutive nights, each a chapter in an interwoven story that connects the coastal towns and people together by international projection artists, Illuminos.

A Nightingale’s Song is a tale of magic and wonder, of myths and wondrous creatures, spectacular nature, of ships and sailing, of peoples past and present that captures the history of Sefton.

The first part of the trilogy will be projected onto Waterloo Town Hall on Friday, March 13, followed by the second part on the side of Bootle Town Hall on Saturday, March 14.

The final chapter will be screened on The Atkinson building in Southport on Sunday, March 15. All shows are free and set to start at 8pm each evening.

Rob Vale from Illuminos said: “Working with local experts and knowledge, the projections are

lives in the Sefton dunes.

“Known as the Birkdale Nightingale because of its extraordinary night time song, it becomes the character we follow, symbolising the growth and transition through ever changing stages of egg, tadpole, and toad – three chapters set across the three locations.

“The journey will take us through time and space, on boats and over dunes, through war time and summer sandcastles.

“Join us for these beautiful celebratory events built around storytelling, with children and families in mind, but inspiring for all.”

The Borough of Culture (BoC) title is awarded by the Liverpool City Region’s Combined Authority to one of its six local authorities (Halton, Knowsley, Liverpool, Sefton, St Helens and Wirral) on a rotating, annual basis. Sefton has the prestigious honour for 2020.

Liverpool City Region Mayor Steve Rotheram said: “I’ve always said that our region is the UK’s culture capital, and I launched Borough of Culture to allow each of our six districts to showcase their own unique cultural highlights.

“I think that A Nightingale’s Song will be a fantastic start to what I’m sure will be a brilliant year for Sefton. I can’t wait to see it!”