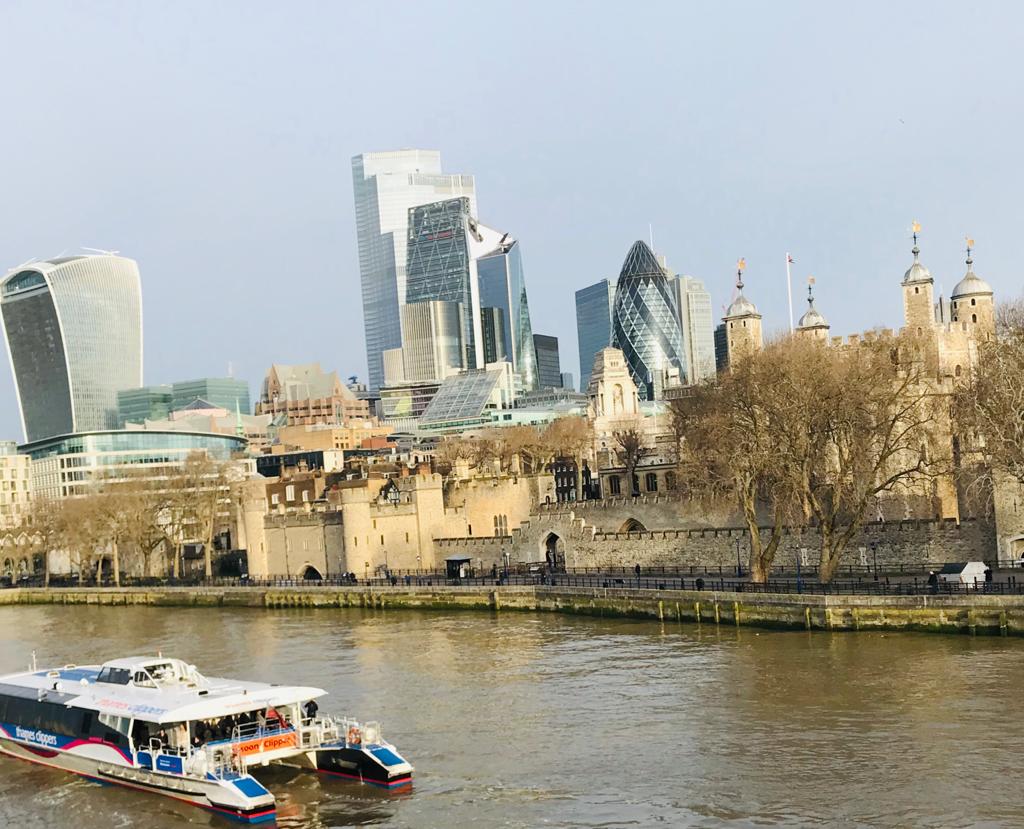 It takes a lot to make the mighty Tower Of London look tiny.

The historic castle on the north bank of The Thames once dominated the city skyline.

But now it looks no bigger than a small Lego set when you look down upon it from the stunning vantage point of the 20 Fenchurch Street and its Sky Garden, the highlight of the 38-storey skyscraper that most people now know as the ‘Walkie Talkie’. It looks like an oversized prop from one of Dom Joly’s Trigger Happy TV scenes. Perhaps the concept came to him in a dream.

When you stand on the balcony looking down, it is a truly breath-taking sight. There next to the Tower of London you can see Tower Bridge; nearby is HMS Belfast, and London Bridge (the replacement structure, not the one sold off and shipped across to Lake Havasu City in Arizona!); The Shard; and the impressive River Thames itself.

20 Fenchurch Street is not to everyone’s taste, with Londoners divided over its merits.

In 2015 it was awarded the Carbuncle Cup for the worst new building in the UK in the previous 12 months.

Artist and broadcaster Grayson Perry once singled it out as “hideously ugly”, believing that it ruins an otherwise scenic skyline.

Writing in his book The Descent Of Man, he wrote: “All skyscrapers are to a certain extent phallic, but there is something especially belligerent about the fact that this one got plonked some distance from the cluster that makes up the City of London, that it is hideously ugly, and that it screws up the view along the Thames. It’s like a big, blunt, phallic fist punching upwards. It could only have been designed by a man (Rafael Viñoly).”

Perhaps he was suffering a bad day when he wrote that. Maybe he didn’t experience what the building has to offer. If he hasn’t, then he is missing out.

My wife and I and our two young daughters have just enjoyed our first visit to the 160m (525 ft) tall landmark building.

Why so against change? I love many things about London, not least that the old and the new are cherished side-by-side.

The Walkie Talkie is a very short walk from the Tower of London, and it’s a really fun design. Who wants to see a boring, functional skyscraper when you can create something very different? Imaginative thinking to produce modern, new landmarks for London should always be welcomed.

The top three storeys of 20 Fenchurch Street, which cost £200million to build, are taken up by the Sky Garden concept. People can visit for free.

Tickets are best booked, and are released three weeks in advance. You can also book a table at any of the venue’s classy restaurants. It has sparked so much debate that it is hard to believe that the Walkie Talkie was only opened in January 2015.

Situated in the city’s commercial district, it features 34 floors of office space, topped by a large viewing deck. Bar and restaurants are included on the 35th, 36th and 37th floors.

The tower was originally proposed at nearly 200 m (656 ft) tall but its design was scaled down after concerns about its visual impact on the nearby St Paul’s Cathedral and the Tower Of London. It was subsequently approved in 2006 with its revised height.

Now that it is open, it is there to be enjoyed. We walked in, through security checks, and then shot up 35 storeys in a lift (we would have to be really fit to tackle all those stairs!)

The views over London when you get there are nothing short of sensational.

You can walk around and look out from all four sides, picking out your favourite landmarks.

As someone who has long been scared of heights, I arrived with huge trepidation!

We came in during the morning and enjoyed breakfast from the cafe on-site, sitting down on stools looking out through the tall windows to the outside world. All seemed fine.

That’s when the wind blew in, and you really got a sense of just high up you really were.

I walked outside very slowly to take a look around. It is a view I will never forget.

The Walkie Talkie saw huge investment in the Fenchurch Street area, creating space for hundreds of jobs, a striking new landmark building, and a public vantage point overlooking Europe’s greatest city that is second to none. Families can even experience it for free.

London is very lucky to enjoy such an outstanding new landmark.

How we travel is changing...

Train services across the North West are increasing their numbers today as coronavirus...